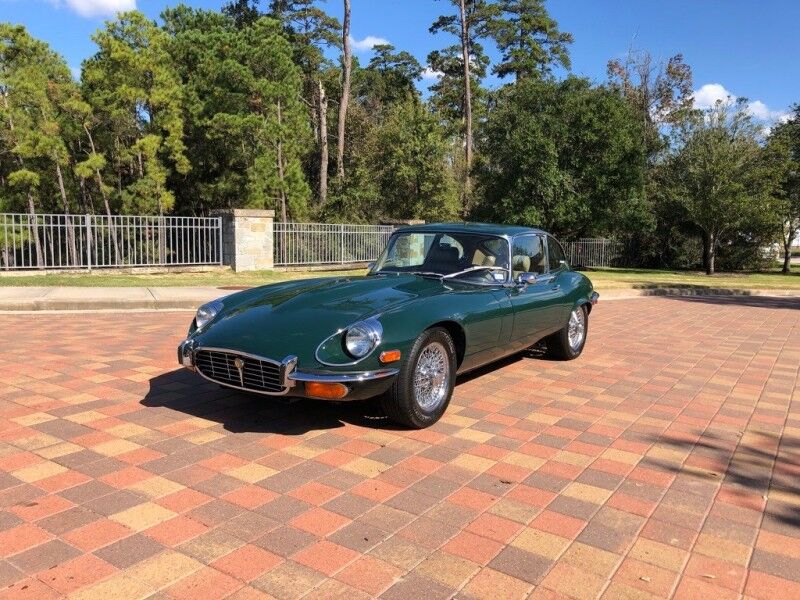 39 more images
Price
Call for Price
Call for Price
Visit Us
Crave Luxury Auto
2408 Timberloch Place, Suite C1
The Woodlands, TX 77380
Get Directions
Hours
Hours: 8:00 AM - 6:30 PM
Phone Number: Closed today
Fax: 9:00 AM - 6:00 PM
Full Hours
Contact Us
Our team of experts are here to answer your questions!
(281) 622-4066
Send us an Email
At a Glance
S73662
UC1S73662
1972
34315
Green
Beige
Rear Wheel Drive
Specs
Highlights
The Jaguar E-Type is a British sports car that was produced from 1961 to 1975. Upon its initial release, none other than the infamous Enzo Ferrari pronounced that it was The most beautiful car ever made. Furthermore, the E-type revolutionized the car-making industry on a broad scale. Every E-type came with rack-and-pinion steering, disc brakes, and independent front and rear end suspension. Considering these inclusions, the E-type stood head and shoulders above virtually all rivals. During its production run, the E-Type would see three generations, or series, of manufacturing. No matter the series number, each E-Type expertly fused comfort, performance, and elegance into a highly competitive price package. As a result, the E-type became one of the most iconic vehicles of the 60s and 70s. Even today, the E-types reputation precedes itself as is evidenced by its inclusion in successful modern television series such as Mad Men. This chassis number S73662 is one of 1,994 1972 E-type 2 + 2s produced. With a numbers-matching 5.3 liter V12 and 4-speed manual transmission, this E-type has the perfect pedigree for any collector. In addition, the vehicle comes with a Jaguar Heritage Trust Certificate from 2018 that confirms all of its numbers. The cars body was repainted in its original factory color of British Racing Green in 2009 and shows zero signs of rust. This E-type has been scarcely driven since its last service in May of 2020. As a result, it is in top-tier condition. Additionally, a full service and owner history dating back to 2004 is included. The interior of the vehicle is fully stocked with time appropriate equipment including factory air conditioning, a period radio, and Smiths instrumentation. The beige leather, carpets, and three spoke steering wheel with Jaguar insignia on the inside are all in their original condition. The pristine and all-original state of this nearly 50 year old E-type makes it the perfect car to take anyone on a trip back to the 70s. 5.3L V12 engine, Manual 4-speed transmission, Four Zenith carburetors, Pertronix electric ignition system, 2 + 2, British Racing Green on Beige Leather interior, Records to 2004, Jaguar Heritage Trust Certificate, Dual center exhaust outlets, Chrome bumpers with rubber overriders, Chrome 15 in. wire wheels.
…
Interested in this vehicle?
This vehicle has many great features, but we understand that you still may have questions. Please use the form below to request additional information and we will respond with all the answers you need.
All pricing and details are believed to be accurate, but we do not warrant or guarantee such accuracy. The prices shown above, may vary from region to region, as will incentives, and are subject to change. Vehicle information is based off standard equipment and may vary from vehicle to vehicle. Call or email for complete vehicle specific information.