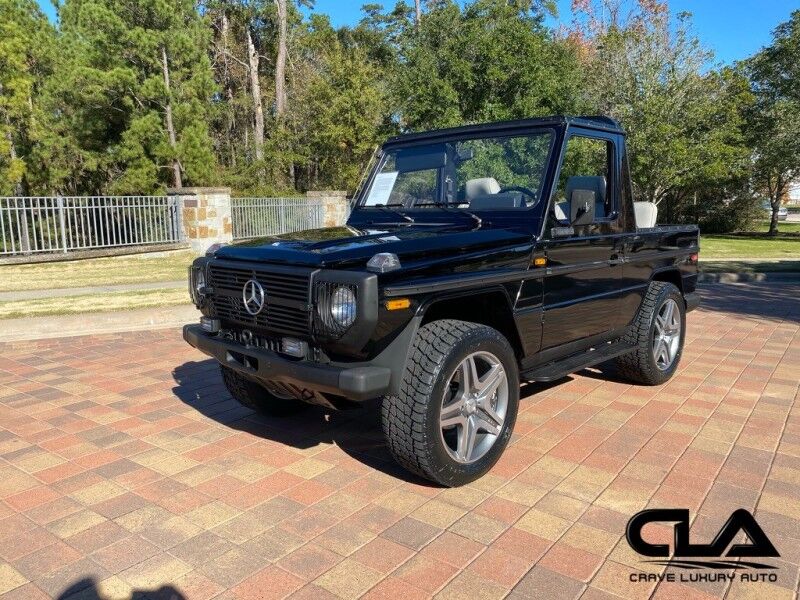 42 more images
Price
$64,750
Finance From
$ 1181 /mo*
Customize payment
Price:
$64,750
Visit Us
Crave Luxury Auto
2408 Timberloch Place, Suite C1
The Woodlands, TX 77380
Get Directions
Hours
Hours: 8:00 AM - 6:30 PM
Phone Number: Closed today
Fax: 9:00 AM - 6:00 PM
Full Hours
Contact Us
Our team of experts are here to answer your questions!
(281) 622-4066
Send us an Email
At a Glance
17027102
WDB46031217027102
1983
25309
Black
Gray
Four Wheel Drive
Specs
Highlights
The Mercedes Benz G-class, colloquially referred to as the G-wagon, is instantly recognizable due to its boxy styling and body-on-frame construction. Originally, the G-class was developed as a military vehicle thanks to a suggestion from the last Shah of Iran. The Shah was a significant Mercedes-Benz shareholder back in the 1970s. Though the idea of a military Mercedes quickly fell to the wayside, there is no question that the G-wagon provides a uniquely desirable style. After all, it is known today for its popularity as a suburban civilian vehicle. Furthermore, it is the vehicle with the second longest production history in Daimler AGs lineup, with an age of 41 years. G-wagons are divided into three different generations: the W460 model was made from 1979-1992, the W461 was produced from 1992 to 2018, and the W463 has been made from 2018 to the present day. The G-wagons crowning achievement came in 1980 when the Vatican made a special order for a G-wagon that would later be known as the Popemobile, or Papa G. This chassis number 027102 is a first generation W460 2-door short wheel base convertible. The W460 was never imported into the United States with Mercedes-Benzs permission. Instead, grey import specialists brought these vehicles overseas during the 1980s and had them modified to meet US regulations. In 1988, the Motor Vehicle Safety Compliance Act severely hampered grey importers efforts. As a result, a small and unknown number of W460s made it to US soil. This 027102 has been reborn with completely new Nitto Grappler tires as well as upgraded 20 G63 OEM wheels. Additionally, a recent cosmetic and mechanical refresh was completed. For any fan of the G-wagon brand, this W460 is an impressive member of an undisclosed quantity of scarce vehicles. 2-door SWB convertible body, 3.0L OM 617 i5 diesel engine, Manual 5-speed transmission, Four wheel drive, Upgraded 20 G63 OEM wheels, New Nitto Grappler tires, Recent cosmetic and mechanical refresh, Three fully locking differentials.
…
Interested in this vehicle?
This vehicle has many great features, but we understand that you still may have questions. Please use the form below to request additional information and we will respond with all the answers you need.
All pricing and details are believed to be accurate, but we do not warrant or guarantee such accuracy. The prices shown above, may vary from region to region, as will incentives, and are subject to change. Vehicle information is based off standard equipment and may vary from vehicle to vehicle. Call or email for complete vehicle specific information.