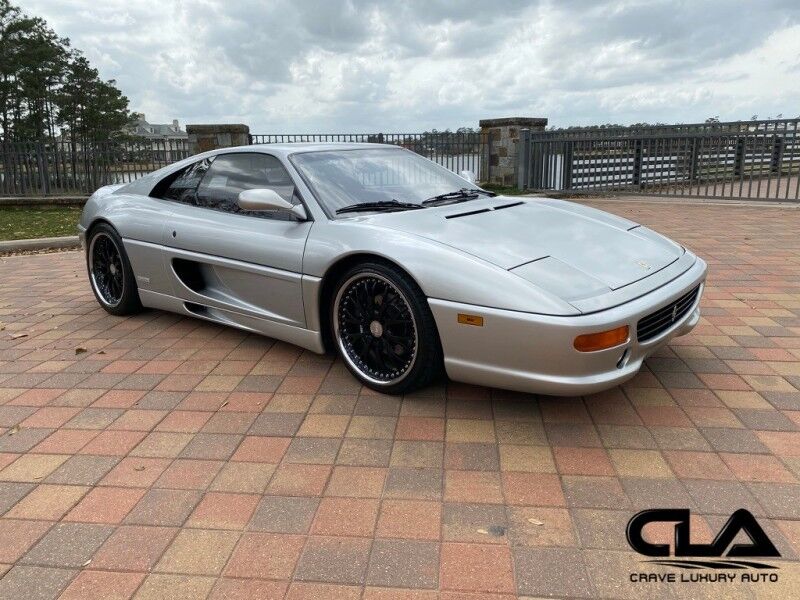 Visit Us
Crave Luxury Auto
2408 Timberloch Place, Suite C1
The Woodlands, TX 77380
Get Directions
Hours
Hours: 8:00 AM - 6:30 PM
Phone Number: Closed today
Fax: 9:00 AM - 6:00 PM
Full Hours
Contact Us
Our team of experts are here to answer your questions!
(281) 622-4066
Send us an Email
At a Glance
101599
ZFFPR41AXS0101599
1995
51151
Silver
Black
Rear Wheel Drive
Specs
Highlights
The Ferrari F355 is the successor to the Ferrari F348, and the first Ferrari to be developed without the oversight of the great Enzo Ferrari. Nonetheless, the F355 proved that Ferraris legacy would not be halted by the loss of its founder. The F355s design centered on making a Ferrari that was adaptable to more environments. In other words, its design was modeled around creating a Ferrari that was enjoyable to drive in a more modern, casual setting. Be that as it may, the F355 did not sacrifice any of the speed of its predecessor to accomplish this mission. In fact, the cars performance actually outpaces the 348. Engine displacement was increased to 3.5L and a 5-valve cylinder head was introduced, resulting in a considerably more powerful machine. On top of that, transmission issues that plagued earlier models were resolved by the installation of a coolant heat-exchanger and a new rod-drive actuation system made for more precise gear shifts. One aberrant feature of the F355 is that the seats are actually placed asymmetrically, placing the driver closer to the center of the vehicle. Upon release, the F355 was only available in Berlinetta models, but the Spider and GTS would later be introduced. Perhaps most notably, the F355 was the first-ever road car to be equipped with Ferraris innovative F1 automatic gearbox management system. This chassis number 101599 is a 6-speed manual with a gated shifter inside metal housing. It comes alongside extensive ownership and service history amounting to literal suitcases worth of files. The cars previous owner spared no expense in making this vehicle the be all and end all of Berlinetta models, as a single $30,000 service ticket among many more shows. A Ferrari challenge exhaust, as well as Ferrari challenge headers, have been equipped for added speed and sound projection. For footwear, the F355 wears custom Donz forged series Juarez wheels that pair incredibly nicely with the cars silver on black color scheme. The vehicle also comes with its original stock wheels featuring yellow Ferrari insignias in the hubcaps. Red accents have been applied to the cars interior, a small signifier of this speed demons true colors. Furthermore, the F355s dashboard and center console is dressed in alluring carbon fiber. A modern Alpine stereo system with speaker installations behind the headrests provides the finishing touch. For car enthusiasts who want to get up close and personal with the thrill of a Ferrari engine, theres no better car than this. Specs: 3.5L 5V DOHC F129B/C V8 engine, Manual 6-speed transmission, Gated shifter, Ferrari challenge exhaust, Ferrari challenge headers, Carbon fiber interior accents, Connolly leather, Alpine stereo system, Donz forged series juarez wheels (original wheels included), Extensive service record history.
…
Interested in this vehicle?
This vehicle has many great features, but we understand that you still may have questions. Please use the form below to request additional information and we will respond with all the answers you need.
All pricing and details are believed to be accurate, but we do not warrant or guarantee such accuracy. The prices shown above, may vary from region to region, as will incentives, and are subject to change. Vehicle information is based off standard equipment and may vary from vehicle to vehicle. Call or email for complete vehicle specific information.