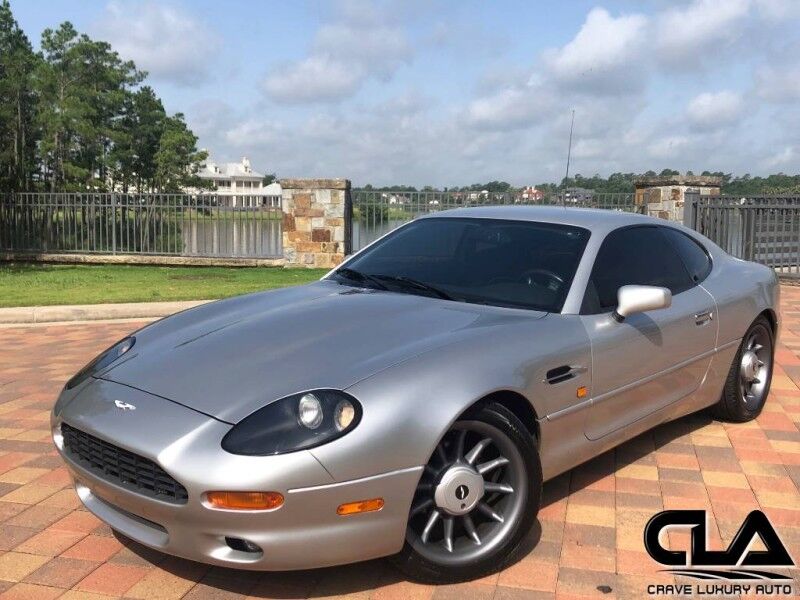 Visit Us
Crave Luxury Auto
2408 Timberloch Place, Suite C1
The Woodlands, TX 77380
Get Directions
Hours
Hours: 8:00 AM - 6:30 PM
Phone Number: Closed today
Fax: 9:00 AM - 6:00 PM
Full Hours
Contact Us
Our team of experts are here to answer your questions!
(281) 622-4066
Send us an Email
At a Glance
P101938
SCFAA2120WK101938
1998
35727
Gray
Black
Rear Wheel Drive
Specs
Highlights
The Aston Martin DB7 is the most highly produced Aston Martin with over 7000 units built before it was replaced by the DB9 in 2004. While its high production numbers make this vehicle more common, the numbers also reflect that this car was a particularly desirable vehicle in its time. The DB7 originally debuted at the Geneva Motor Show in 1993. It was available in both coupe and cab versions, and was positioned as an entry-level model. Though you might not know it by comparing the two cars, the DB7 is a spiritual successor of the Jaguar XJS as it was constructed based off of the XJS platform. Due to economic pressure in the 1990s, most of the DB7s features were derived from other Ford marques. For example, the DB7s tail lights came from the Mazda 323 F, its turn signals came from the Mazda MX-5, and the chrome door handles came from the Mazda 323 Estate. Nonetheless, the DB7 is one of the most recognizable Aston Martin vehicles to this very day. This chassis number 101938 is stocked with a supercharged six-cylinder engine and a manual 5-speed transmission. Notably, it is one of 78 special edition Alfred Dunhill versions of the DB7 I6. These editions are known for their Dunhill silver platinum metallic exterior paint as well as the inclusion of built-in Alfred Dunhill humidors. After all, nothing says success like having a properly stored cigar available on the go. Adding to the cars rarity is its manual transmission, as most Alfred Dunhill edition vehicles were fitted with automatics. The vehicles comfortable Charcoal Conolly leather interior is accented with silver piping along the seats as well as silver touches across the dash and doors. Lastly, an exclusive Dunhill millennium clock is set into the center console as a finishing touch. The 101938 is a classic car that doesnt beg for attention from uninformed enthusiasts. Instead, it artfully draws the eye of true automobile aficionados. Specs: 3.2L AJ6 supercharged I6 engine, Rare manual 5-speed GETRAG 290 transmission, Alfred Dunhill edition, Charcoal Conolly black leather, Silver piping, Dunhill millenium clock, Built-in humidor compartment, Special millennium clock style wheels.
…
Interested in this vehicle?
This vehicle has many great features, but we understand that you still may have questions. Please use the form below to request additional information and we will respond with all the answers you need.
All pricing and details are believed to be accurate, but we do not warrant or guarantee such accuracy. The prices shown above, may vary from region to region, as will incentives, and are subject to change. Vehicle information is based off standard equipment and may vary from vehicle to vehicle. Call or email for complete vehicle specific information.