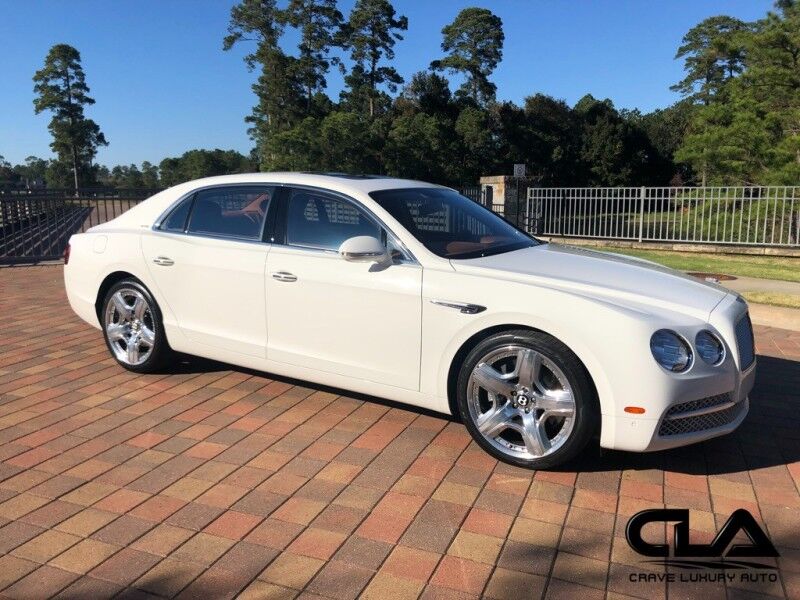 20 Hwy
Actual mileage will vary with options, driving conditions, driving habits, and vehicle condition
Highlights
The first Bentley Flying Spur models date all the way back to 1952. Back then, chief Bentley designers decided that it was time to elevate the Bentley brand by reclaiming its title as the premier manufacturer of Grand Tourers. This drive to be the best would eventually push Bentley to produce the well-remembered S2 Continental Flying Spur, a hand-built vehicle made from 1959-1962. The S2 was the fastest four-door car in the world at the time and only 1,900 were made before production ceased. Over 40 years later, Bentley revived the Continental Flying Spur name with the introduction of the Continental GT Coupe in 2005. The model is now on its third generation of vehicles and has since dropped the Continental tag in its name in an attempt to distance the automobile from the lens of high-performance and highlight a focus on opulence instead. This chassis number 095900 is an exceptional example of its breed, highlighting the utmost of the luxury and opulence for which the Bentley brand is well known. The bevy of factory options applied to this particular vehicle really make it stand out from the crowd thanks to the pure aesthetic grandeur these options provide. The mulliner driving specification upgrades the cars wheels to 21 inch five spoke two piece alloys, gilds the bumper in bright chrome, adds diamond stitching and emblems to the interior, and replaces the gear lever with a finer knurled sports version. Seat piping to match the exterior further elevates the interior so that passengers might enjoy a drink using the refrigerated bottle cooler and veneered picnic tables in absolutely royal surroundings. Additionally, deep pile carpet overmats with contrast binding as well as hide cushions for the back seat add a final drop of extra comfort. If every Bentley was made like this, there wouldnt be any competition left. Specs: 6.0L twin turbocharged W12 engine, Automatic 8-speed transmission, 21 inch five spoke two piece alloy wheels, Diamond stitching, Emblems over interior, Sports gear lever, Seat piping, Refrigerated bottle cooler, Veneered picnic tables, Hide backseat cushions, Deep pile carpet overmats with contrast binding, Caramel veneer dash and doors, Battery charger, Bright chrome lower bumper, Spare wheel, Took kit and jack.
…
Interested in this vehicle?
This vehicle has many great features, but we understand that you still may have questions. Please use the form below to request additional information and we will respond with all the answers you need.
All pricing and details are believed to be accurate, but we do not warrant or guarantee such accuracy. The prices shown above, may vary from region to region, as will incentives, and are subject to change. Vehicle information is based off standard equipment and may vary from vehicle to vehicle. Call or email for complete vehicle specific information.