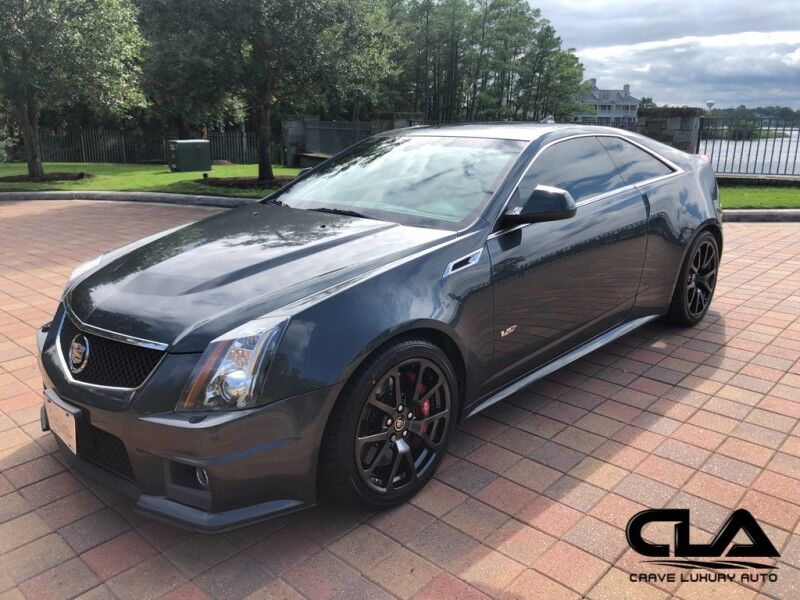 19 Hwy
Actual mileage will vary with options, driving conditions, driving habits, and vehicle condition
Highlights
The Cadillac CTS is an executive car made by GM from 2003 to 2019. Notably, it is the first vehicle to feature the design language of the Cadillac Evoq concept car. The CTS-V is a high performance version of the CTS that was released in 2004. The CTS-V came in three body styles: sedan, sport wagon, and coupe. It was originally intended to compete with the likes of the Audi RS6, BMW M5, and Mercedes-Benz E63 AMG. Instead, it quickly earned a reputation as a luxury sedan that imitates these top of the line vehicles for a much more reasonable price. The CTS and CTS-V have been named by Car and Driver as maybe the best American car ever made, and the image of the CTS will forever remain embedded in pop culture thanks to its feature as the hero car in the 2003 sci-fi film The Matrix Reloaded . This chassis number 157282 is a one owner vehicle gilded in a beautiful phantom grey metallic paint that shifts from cold iron to liquid silver depending on the light. Other exterior features include red brembo calipers, LPO wheel locks, and preferred equipment. On the inside, Recaro performance seats provide superior lumbar support for high speeds and are decked in beautiful ebony leather. A wood trim package alongside a sueded steering wheel and shifting knob elevates the dashboard, and paddle shift controls make for some manual fun when desired. The sunroof is complimented by a 10 speaker Bose surround sound system that will throttle drivers and passengers alike every bit as much as this vehicles speed. This is undoubtedly one of the nicest CTS-Vs on the market, so get it while its hot.
…
Interested in this vehicle?
This vehicle has many great features, but we understand that you still may have questions. Please use the form below to request additional information and we will respond with all the answers you need.
All pricing and details are believed to be accurate, but we do not warrant or guarantee such accuracy. The prices shown above, may vary from region to region, as will incentives, and are subject to change. Vehicle information is based off standard equipment and may vary from vehicle to vehicle. Call or email for complete vehicle specific information.