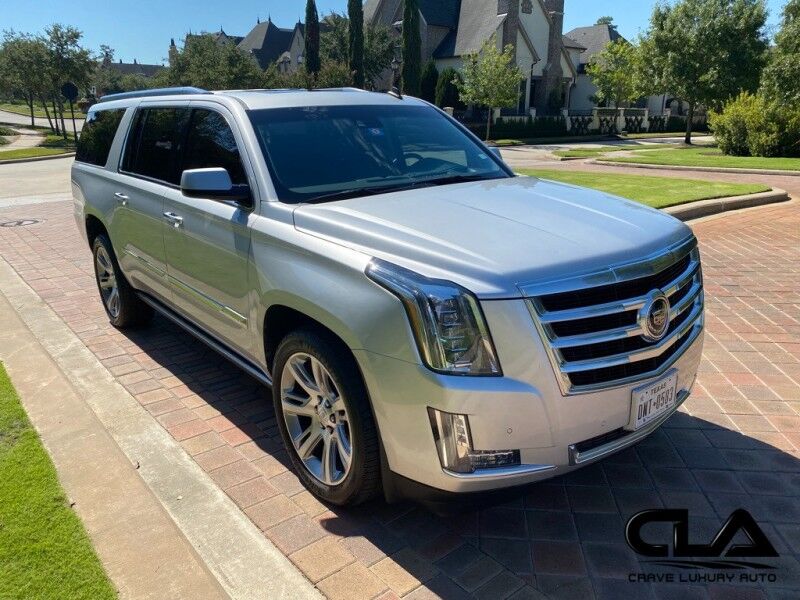 20 Hwy
Actual mileage will vary with options, driving conditions, driving habits, and vehicle condition
Highlights
The Cadillac Escalade is a full-size luxury SUV first introduced by General Motors in 1999. It was originally created as an answer to competition in the SUV market from other marques including Lincoln, Mercedes, Lexus, and Range Rover. As a result, the Escalade saw a very short window of ten months between conception and production. The word escalade itself is a nod to siege warfare tactics of old whereby armies would scale defensive walls with the aid of ladders or siege towers: fitting nomenclature given the Escalades position against an already developing luxury SUV market. Given the Escalades incredibly quick production period, it should come as no surprise that the first generation Escalade was no more than a well dressed GMC Yukon Denali. However, four generations later, the Escalade has more than come into its own as a well respected luxury vehicle that stands on equal footing with its competitors. This chassis number 207335 is a fourth generation vehicle in radiant silver over jet black. Its equipped with the premium preferred equipment group and a heavy duty automatic transmission that comes with overdrive and a tow/haul mode. The Escalades kicks have been upgraded to 22 in. X 9 in. seven spoke aluminum wheels and LED illuminated running boards provide easy access to the interior. The cars leather seats are dressed with perforated inserts for better breathability and a complete entertainment center is present in the form of foldable screens for the second and third row seating. Headphones are also supplied for all rear seats. A power sunroof is also present for the best the weather has to offer. Lastly, the dashboard is decadently dressed in wooden trim alongside alcantara suede as a symbol of the Escalades prestige. Specs: 6.2L V8 engine, Automatic 6-speed heavy duty transmission, Premium preferred equipment, Four wheel drive, 22 in. seven spoke aluminum wheels, Perforated leather seats, Rear axle 3.42 ratio, LED illuminated running boards, Rear vision camera, Power sunroof, Wood and alcantara suede dashboard trim, Foldable second and third row screens, Headphones for rear entertainment.
…
Similar Vehicles

2005 Jeep Wrangler X VIN: 1J4FA39S25P356021, #356021, 16/20 MPG Price $39,750 $711/mo
Interested in this vehicle?
This vehicle has many great features, but we understand that you still may have questions. Please use the form below to request additional information and we will respond with all the answers you need.
All pricing and details are believed to be accurate, but we do not warrant or guarantee such accuracy. The prices shown above, may vary from region to region, as will incentives, and are subject to change. Vehicle information is based off standard equipment and may vary from vehicle to vehicle. Call or email for complete vehicle specific information.