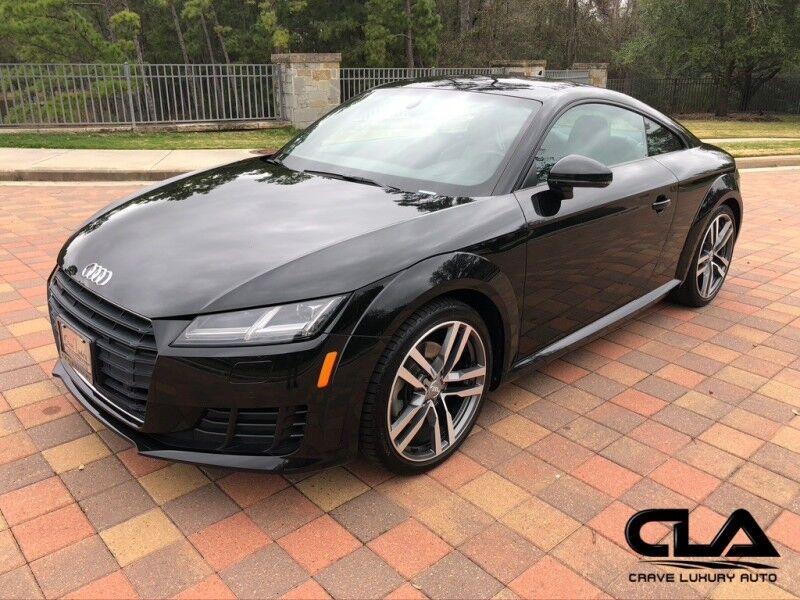 30 Hwy
Actual mileage will vary with options, driving conditions, driving habits, and vehicle condition
Highlights
The Audi TT was first revealed as a concept car at the 1995 Frankfurt Motor Show. Since then, three generations of the TT have proven that this bug-like build can hang with the best. Despite being an Audi branded vehicle, the TT exhibits many features of Volkswagen Group cars thanks to the TTs styling being led by Volkswagen Group designers. Furthermore, the TT is built on the Volkswagen Group automobile A platform, meaning it shares suspension and power train layouts with other A platform Volkswagen Group vehicles. Initially, all TTs were only offered with a manual transmission owing to their sports car nomenclature. However, in 2003, a dual-clutch six-speed directs shift gearbox option hit the market. Inspiration for the TTs name predates the founding of Audi as a company, as it calls back to the racing tradition of NSU in the British Isle of Man TT (Tourists Trophy) motorcycle race. NSU would later merge with DKW, another marque that competed in the TT race, to become Audi. This chassis number 019493 is a third generation TT that comes with a number of additional packages. The most notable change from previous iterations of the vehicle is the third gens ergonomic HVAC layout with controls embedded in the air vents themselves. Package modifications include technology upgrades such as Audi Navigation Plus, Audi Side Assist, Auto-dimming and power folding side mirrors, and parking system plus with rearview camera. In addition, the TTs wheels have been improved to 19 5-arm star design rims. This TTs interior is decked out with the S Sport seat package consisting of fine Nappa leather and a luxurious touch of diamond stitched sport seats. Of course, we would be remiss not to mention the inclusion of a Bang & Olufsen sound system that will quickly become any drivers new favorite stereo. This all black beauty is modest and arrogant at the same time. With an MSRP of $50,600, anyone would kick themselves for missing this deal. Specs: 2.0L TFSI in-line 4 engine, 6-speed S tronic transmission, Quattro AWD system, LED lights, Audi advanced key, Heated power adjustable seats, Leather-wrapped flat bottom steering wheel with paddle shifters, Technology package, 19 in. wheel package, S Sport seat package, Bang & Olufsen sound system, Nappa leather interior, Diamond stitched seats, Parking system plus with rearview camera.
…
Interested in this vehicle?
This vehicle has many great features, but we understand that you still may have questions. Please use the form below to request additional information and we will respond with all the answers you need.
All pricing and details are believed to be accurate, but we do not warrant or guarantee such accuracy. The prices shown above, may vary from region to region, as will incentives, and are subject to change. Vehicle information is based off standard equipment and may vary from vehicle to vehicle. Call or email for complete vehicle specific information.