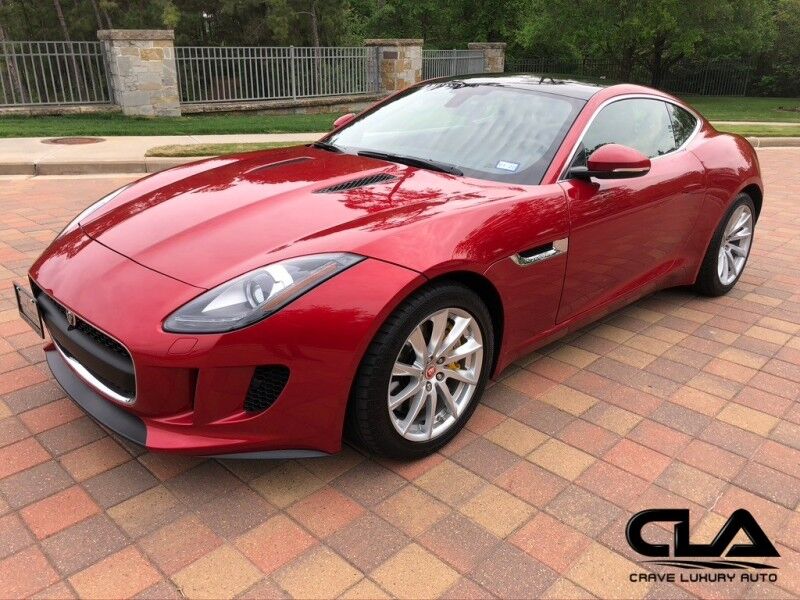 24 Hwy
Actual mileage will vary with options, driving conditions, driving habits, and vehicle condition
Highlights
The Jaguar F-Type was first introduced as a concept car in the year 2000 at the Detroit Auto Show. Despite a positive response from onlookers due to its callback retro styling, the F-Type project would soon be cancelled thanks to budget cuts from Ford, Jaguars parent company at the time. However, the F-Type would eventually be reintroduced in 2013 at Sundance, London. Soon afterwards, convertible models hit the market. Coupes would quickly follow in spring of 2014. The F-Type won car of the year at the 2013 Middle East Motor Awards. Though not a direct ancestor of any vehicle, it is generally accepted that the F-Type is the spiritual successor of the well-known Jaguar E-Type. In 2019, the F-Type underwent a facelift that updated its design and technology. Changes included new pixel LED headlamps, new tail lamps, new wheels, and a choice of new exterior paint finishes. This chassis number K28983 is a pre facelift model that is made special by its manual transmission and Italian Racing Red Metallic exterior paint color. Manual F-Types are few and far inbetween, and newer Jaguars actually lost the option for a manual transmission starting in the 2020 model year. Consequently, this Jaguar has become an exquisite example of automaking history. Additional options on the vehicle consist of an extended leather pack, 14 way performance style front seats, and a heated steering wheel and windshield. All are tasteful upgrades that further elevate the comfort and class of the vehicle. This Jaguar F-Type is one of the last of the great manual automobiles.
…
Interested in this vehicle?
This vehicle has many great features, but we understand that you still may have questions. Please use the form below to request additional information and we will respond with all the answers you need.
All pricing and details are believed to be accurate, but we do not warrant or guarantee such accuracy. The prices shown above, may vary from region to region, as will incentives, and are subject to change. Vehicle information is based off standard equipment and may vary from vehicle to vehicle. Call or email for complete vehicle specific information.