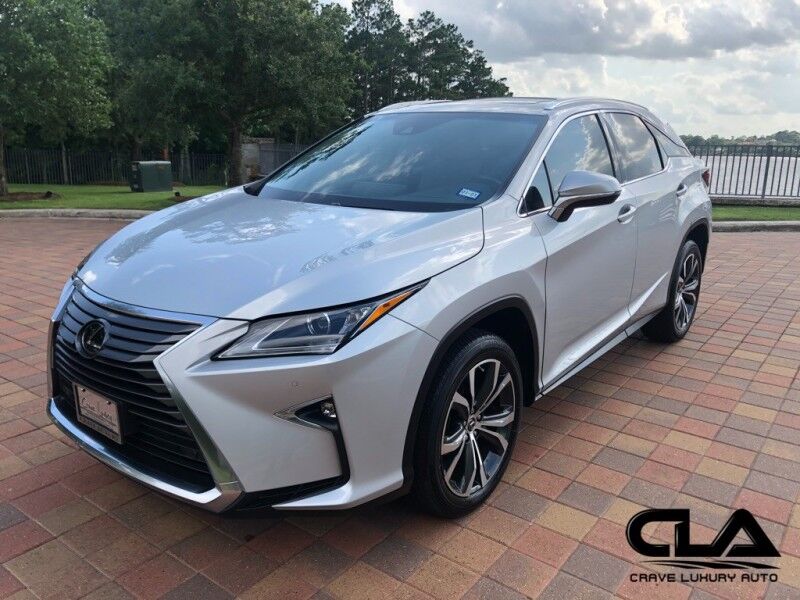 27 Hwy
Actual mileage will vary with options, driving conditions, driving habits, and vehicle condition
Highlights
The Lexus RX is a luxury sedan of Japanese design. Currently, it holds the title of the best-selling luxury SUV in the United States. It is one of the first luxury sedan SUV crossovers ever created, with concept roots stretching back to 1993, and could easily be identified as the progenitor of luxury SUV models from other marques. Believe it or not, the soccer mom success story of the Lexus RX is to thank for the creation of popular luxury SUVs like the Range Rover, Cayenne, and Bentayga. The RX began export sales in 1998 and was originally marketed as the Toyota Harrier in Japan. With the introduction of the third generation of the RX in 2010, Japanese models dropped their Harrier moniker and joined the RX ranks. The name RX stands for Radiant Crossover. This chassis number 127170 is a fourth and current generation RX. Originally released in 2015, the fourth generation RX is identifiable by its floating roof design and bolder, more pronounced spindle grille. It also has a 2 in. increase in wheel base distance, providing a more spacious and comfortable interior. Additionally, this RX 350 comes with further upgrades in the form of a handful of installed options. Convenience features include blind spot monitors with intuitive parking assist, a touch free power rear door, heated and ventilated front seats, and a built-in navigation system. The car earns more style points than your generic RX 350 thanks to the addition of 20 in. split five-spoke dark alloy wheels, a leather-wrapped heated steering wheel, and the Premium package which brings leather trimmed seats, power-folding mirrors, and superb wooden veneer interior trim. As a delightful finishing touch, this RX 350 is rounded out by a power moonroof that enhances the vehicles floating roof design. The RX 350 serves as proof that luxury doesnt always come at the expense of practicality. In fact, when executed properly, the two are a match made in heaven. Specs: 3.5L 24-valve V6 engine, Automatic 8-speed transmission, Variable valve timing, Drive mode select, LED lights, Lane departure alert, Blind spot monitor with intuitive parking assist, 20 in. split 5-spoke dark silver alloy wheels, Power rear door, Power moonroof, Heated and ventilated front seats, Nav system, Premium package, Wood and leather heated steering wheel.
…
Interested in this vehicle?
This vehicle has many great features, but we understand that you still may have questions. Please use the form below to request additional information and we will respond with all the answers you need.
All pricing and details are believed to be accurate, but we do not warrant or guarantee such accuracy. The prices shown above, may vary from region to region, as will incentives, and are subject to change. Vehicle information is based off standard equipment and may vary from vehicle to vehicle. Call or email for complete vehicle specific information.