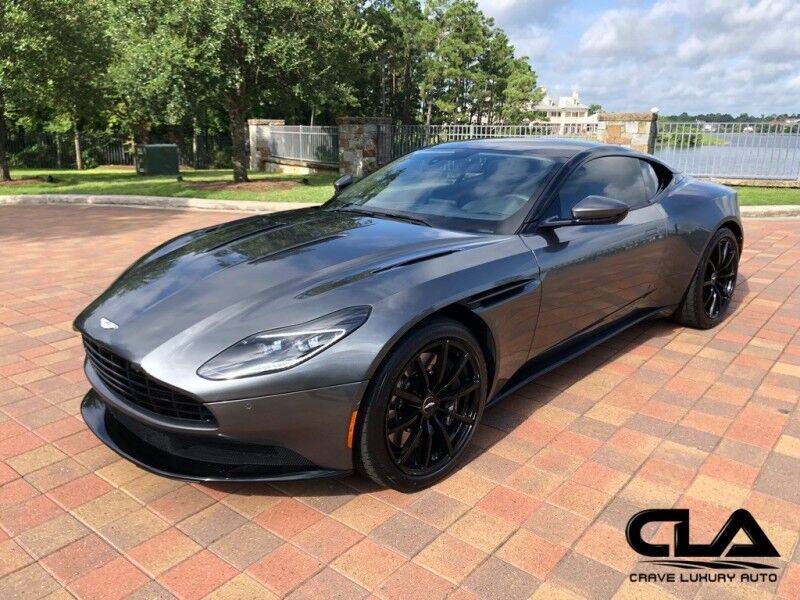 22 Hwy
Actual mileage will vary with options, driving conditions, driving habits, and vehicle condition
Highlights
The DB11 was first unveiled at the 2016 Geneva Motor Show as the successor to the DB9. During the unveiling over 1,400 cars were ordered with the first 1,000 inspected personally by the CEO of Aston Martin himself. The DB11 was received incredibly well by the motoring press and even earned the prestigious Golden Steering Wheel award in 2017. Equipped with either a V8 or V12 engine, the DB11 is a grand tourer that looks more akin to a spaceship than a car. Its clamshell shaped front hood hides engine vents in its contours, and the same lines extend through the sides of the vehicle providing an aerodynamic aesthetic thats truly breathtaking. Since its launch, DB11 models have been expanded to include a Volante as well as the AMR: Aston Martin Racing edition. This chassis number L08396 is an AMR edition vehicle that vastly improves upon the original V12 engine. A power increase, quicker gear changes, and firmer and stiffer rear suspension all combine to provide a 3.5 second 0-60. When sport mode is engaged, the exhaust notes are throatier than the original V12 and more becoming of such an aggressively styled vehicle. Additional options on this DB11 include a battery conditioner, black painted brake calipers, gloss black 20 in. wheels, and gloss black mirror caps. Carbon fiber elements have been introduced to the aeroblade intakes on the bonnet for an elevated sense of finery. On the inside, red contrast stitching laces through the perforated leather seats and carbon fiber adorned alcantara door interiors. A silver/gray alcantara headliner runs overhead and AMR logos on the headrests and door sills identify the vehicle as a cut above its original production run. This DB11 offers the utmost in car craftsmanship and is sure to dazzle onlookers wherever it may go. Specs: AMR V12 engine, Automatic 8-speed transmission, Gloss black 20 in. wheels, Black painted brake calipers, Gloss black mirror caps, Carbon fiber bonnet strakes, Red contrast stitching, Alcantara headliner, AMR logo headrests, AMR logo door sills, Aston Martin premium audio system, Graphite seat belt color, Heated and ventilated front seats, Battery conditioner, Perforated standard leather inserts.
…
Interested in this vehicle?
This vehicle has many great features, but we understand that you still may have questions. Please use the form below to request additional information and we will respond with all the answers you need.
All pricing and details are believed to be accurate, but we do not warrant or guarantee such accuracy. The prices shown above, may vary from region to region, as will incentives, and are subject to change. Vehicle information is based off standard equipment and may vary from vehicle to vehicle. Call or email for complete vehicle specific information.